Wolfgang Amadeus Mozart (1756-1791) met Anton Paul Stadler in 1783. Stadler was reportedly a superb virtuoso on the clarinet and basset horn in the Viennese court orchestra. The two men became “buddies,” we might say. Stadler even borrowed money from Mozart that he never repaid, something that did not seem to bother Mozart. For Stadler and his brother, Mozart added clarinet parts to the great G-Minor Symphony (K. 550), and for Stadler as a soloist, Mozart composed the Clarinet Quintet (K. 581) (the “Stadler” Quintet) in 1789 and the Clarinet Concerto (K. 622) during the last weeks of his life.

In the quintet, there is a delicate balance between the clarinet as a concertante instrument and the string quartet with which it is joined. This balance becomes clear during the exposition, which begins with a ravishing melody that qualifies as the archetypal “singing Allegro” theme. However, in the development section, concertante honors are shared between the clarinet and individual string parts with their cascading sixteenth notes. In the recapitulation, the clarinet again takes the lead.

The rich and full Larghetto is chiefly a dialogue between the clarinet and first violin. It continues much of the lyrical quality of the opening movement and is in abbreviated sonata form.

In the Menuetto, there is room for the concertante spotlight to pass occasionally to first violin, viola, and cello. In fact, during the minor-mode Trio I, the clarinet is entirely silent, but it takes a rustic lead in the Ländler-style Trio II.

The finale is an Allegretto con Variationi. However, the first variation, while showing off the clarinet’s wide-leap abilities, also superimposes a new melody over the theme’s harmonic pattern. The new theme then becomes the basis for the second variation. In the third variation, the clarinet retreats to the role of accompanist, but the fourth variation is real virtuoso material. An Adagio variation once again stresses the second melody preparatory to the return of the first, which Mozart uses as the basis for a most delightful coda. 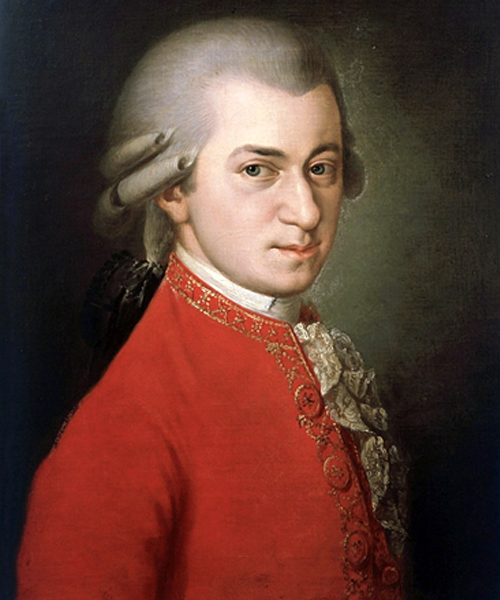 The great reputation of Felix Mendelssohn (1809-1847) was such that he was often torn between the demands of various rulers and city governments (which frequently controlled public music performances). This was very much the case as the summer of 1845 approached. The King of Prussia had prevailed on him to take a leading role in the revival of culture and the revision of cathedral liturgy in Berlin. He had also resumed his full-time position as music director of the Gewandhaus in Leipzig and began composing incidental music for Racine’s Athalie in Frankfurt. During three months in London, his whirlwind schedule included a number of concerts where he appeared as conductor or piano soloist. He also performed as a pianist in Dresden. He declined an invitation to conduct a music festival in New York.

It is not surprising, then, that Mendelssohn welcomed a few months of quiet retreat at Soden with his family during the summer of 1845. There he worked on several composition projects, some of which were apparently for his own pleasure. Sketching the B-flat String Quintet was one of these. Following the example of Mozart rather than Schubert, Mendelssohn’s quintet included a second viola. It was the second (and last) quintet he composed. 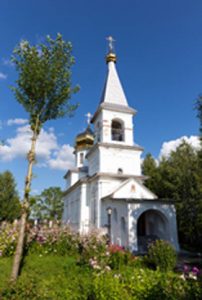 The first movement is a bundle of energy. Even the subordinate material, though smoothly articulated, has a surge that thrusts the music forward in sweeping phrases. In the development, Mendelssohn works effectively, principally with the main theme, at last building to an exciting recapitulation. The movement finishes with a coda that is really more of a second development.

The Andante scherzando is not the “elfin” scherzo we might expect, although it contains unexpected echoes of that type for which Mendelssohn was so noted. For the most part, the composer gives us something more like a polite social dance reminiscent perhaps of a drawing room scene.

The quintet’s emotional center of gravity is the Adagio e lento. The style is rhapsodic and, at times, even quasi-operatic (the first violin being the soloist). Mendelssohn paints on a large canvas here, and his intense sounds are the most orchestral in the entire quintet. This is the movement in which the composer opens his heart to his listeners.

The finale follows without a break. The concertante first theme, featuring violins, is followed by a second focusing on the two violas. This type of focus recurs often in the course of the movement, sometimes in a surprising contrapuntal context. The second half of the movement wraps up the whole work very well, although there is no reprise of earlier themes. We can perceive an unmistakable drive toward a big finish. A short reminiscence of the second theme provides an anti-climax before the final surge becomes an energetic ending.

Edward Kennedy “Duke” Ellington (1899–1974) was one of the biggest names in jazz history and Black religious music. Starting as a jazz pianist and band leader, Ellington (usually with collaborator Billy Strayhorn) composed and arranged several perennial jazz/pop classic songs, such as “Mood Indigo,” “Take the ‘A’ Train,” and “Sophisticated Lady.” During the 1940s, Ellington (pianist/composer) and his band performed several concerts in Carnegie Hall and other prestigious venues, leading him to focus on composing suites, tone poems, ballets, and (in the 1960s) sacred music.

The career timing of clarinetist David Shifrin (1950-) comes close to shadowing the final phase of Ellington’s life and the many years of his posthumous fame and serious musicological study. One of the highlights of the latter was the 23rd International Duke Ellington Study Group Conference held in 2015 at Reed College in Oregon. To quote composer/scholar David Schiff, the event attracted

. . . scholars and experts from around the globe to a celebration of the music of Duke Ellington and Billy Strayhorn. A high point of the conference was a concert featuring clarinetist David Shifrin and pianists Darrell Grant and Matt Cooper. For this event I arranged four Ellington pieces for clarinet and piano. The concert attracted an overflow audience to Kaul Auditorium; afterward David Shifrin asked me to re-score the work so he could perform it with the Dover String Quartet, and so my Ducal Duo was reborn as the Ducal Suite.

The first two movements of the suite, Clarinet Lament (1936) and Air-Conditioned Jungle (1946) are tributes to Ellington’s two great clarinetists, Barney Bigard and Jimmy Hamilton. Ellington composed these two pieces as one-movement concertos, and they display the very different styles of the clarinetists. Barney Bigard was from New Orleans and was a follower of Sidney Bechet. Like Bechet, he played with considerable vibrato and could bend pitches up and down to give the music emotional intensity. Ellington subtly hinted at the New Orleans setting of “Barney’s Concerto” (his alternative title) by basing the middle section on the harmonic changes of “Basin Street Blues…”

Jimmy Hamilton replaced Bigard in the Ellington Orchestra in 1943 (when Bigard joined Louis Armstrong’s All-Stars). He brought a more modern approach to the instrument, strongly influenced by Benny Goodman. Air-Conditioned Jungle is modern with a vengeance, updating the “jungle” style that Ellington deployed at the Cotton Club in the 1920s, to the more dissonant idiom of bebop, and beyond. Some sections dispense with harmonic “changes” altogether, forecasting the free jazz and modal jazz styles of the 1960s.

Most late 20th-century combinations of jazz players and classical concert artists tend toward the jazz players playing abstract-expressionist patterns that may or may not fit together well. Neither clarinetist Shifrin nor “orchestrator” Schiff viewed that as an option in creating the Ducal Suite. They were diving into an era long past but still cherished, when big-band players were experimenting to open the door between traditional jazz and organized contemporary concert music. Schiff’s Ducal Suite takes a significant (yet conservative) step toward accomplishing that goal. 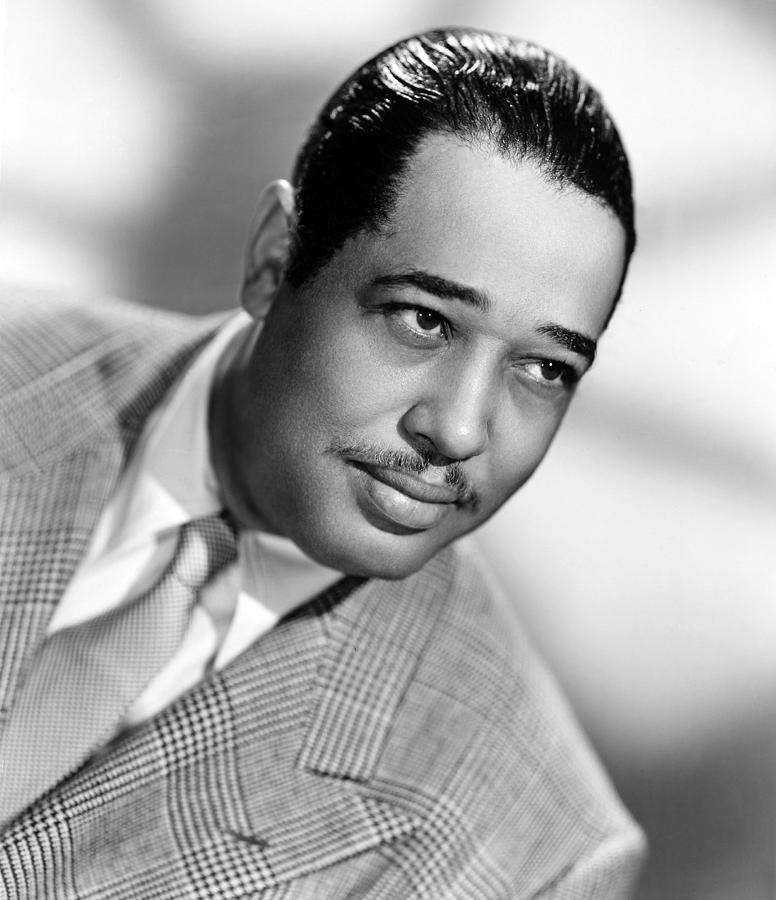 The relationship between a composer and a favored performer (usually a soloist) is a very special one in the world of music. Mozart’s close relationship with superstar Paul Stadler led him to discover the clarinet’s charm, its ‘soft, sweet breath,’ its clear depth, its agility” (Albert Einstein) and to compose the Clarinet Quintet (K.581) as well as his late clarinet concerto (K. 622) in 1791.

The relationship between Felix Mendelssohn and Ferdinand David, a professional violinist, provides another good example. David was Mendelssohn’s concertmaster in the Gewandhaus Orchestra of Leipzig, and they shared a deep spiritual and artistic bond. David’s requests for a concerto were repeatedly delayed due mainly to the Mendelssohn’s many professional commitments. Finally, in July 1838, the composer felt he could commit to composing a violin concerto (Violin Concerto No. 1 in E Minor), but it would be seven more years before its completion.

So, when we consider those phenomena, the partnership between clarinetis David Shifrin and his arranger-orchestrator-commentator David Schiff is significant but not unprecedented. Schiff transformed Ellington’s compositions to create first the Ducal Duo and later the Ducal Suite for Shifrin.  In addition, his written commentary explains the music in the context of various important developments in the history of jazz.