Ernest Bloch (1880-1959) was a Swiss composer whose studies and early musical career centered in his native city, Geneva. In 1916, he traveled to the United States as the conductor of a Swiss dance company. When the company suddenly went bankrupt, Bloch was stranded without friends or financial resources. However, within a short time, he began a new career here, at first teaching at the Mannes School of Music, then becoming director of the Cleveland Institute, and later the San Francisco Conservatory.

Much has been said of the “Jewish” quality in Bloch’s music. It was a characteristic that he consciously cultivated. Alfred Einstein pointed out that “. . . determined to create Jewish music, he does not turn to the real Oriental or Jewish music for themes, but tries to construct the character and spirit of his race out of himself.” Neil W. Levin, scholar and academic professor specializing in the history, development, and repertoire of synagogue music, wrote the following brief but warm description of Bloch’s “Prayer”:

Ernest Bloch’s From Jewish Life is a set of three short pieces, or movements, written by the composer in 1924 for the cellist Hans Kindler. The first of these, Prayer: Andante moderato, indeed has the flavor of a fervently sung prayer, or a hymn of petition, in a traditional Ashkenazi synagogue. The initial four-note motive in the minor mode, together with its elaboration in the ensuing phrases, sounds as if it might have served as the skeletal model for Max Janowski’s now well-known setting of the High Holy Day prayer avinu malkenu in the abridged text adopted by American Reform liturgy for the High Holy Days. 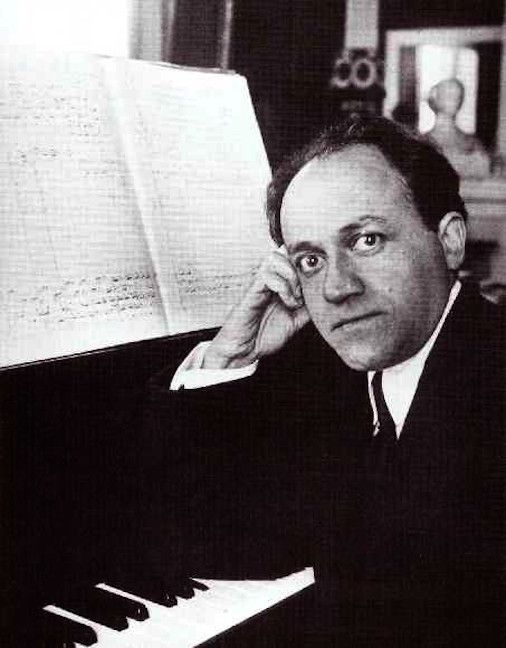 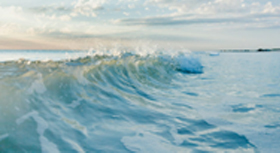 Zachary Friedland’s (1990-2021) symphonic band pieces have been performed and recorded by some of the finest ensembles on the Eastern Seaboard, including the Metropolitan Wind Symphony, the Savannah River Winds Ensemble, and the American Band.

Themes of Friedland’s work include American music, folk music, and music that brings awareness of our relationship with nature. Friedland provided his own commentary on “Riding Waves” when it was performed in Concert 1 of the 30th Kingston Chamber Music Festival in 2018:

“’Riding the wave,’ a phrase commonly used by surfers to describe the excitement and euphoria of being on top of rushing water, also describes the energy and tempo of each Kingston Chamber Music Festival season. The piece starts small and grows, just as a wave slowly develops from within the vast ocean. As the music grows, more voices join in . . .  Eventually, the music erupts in a joyous fanfare. From there, the tempo picks up and the music takes us on a journey through ever faster movement and more intense excitement, combined with slower and more peaceful moments of reflection. As it reaches its end, the music slowly becomes small again, just as each season draws to a close and gets packed away into our memories.”

Frédéric Chopin (1810-1849) composed his Fantaisie in F Minor in 1841, which was a busy time for him. He gave piano lessons for high fees to wealthy aristocratic pupils in Paris and presented a concert in Pleyel’s rooms before an exclusive, worshipful audience. However, in Paris, he found it impossible to concentrate on composition, which had to wait until summer. Chopin spent the summer at the Nohant residence of George Sand (Amandine Dupin), who by now was more a maternal figure to him than a lover in the conventional sense. At Nohant, she looked after him with great devotion, giving him the sunniest room, seeing that he was waited on hand and foot, and relieving him of most material worries. In that relaxed and comforting atmosphere, Chopin composed his Fantaisie in F Minor.

This is the only composition Chopin titled simply Fantaisie, suggesting a free, undisciplined form. That, however, is hardly the case with this piece. The Fantaisie contains a sense of original, delicately balanced form. Here, an introductory march leads imperceptibly into a transition built on the triplet movement that dominates the main section that follows. That section is in three parts: the first agitated and impetuous, then a quick march, and finally a return to agitated motion, which soon runs itself out. A Lento sostenuto comes next that is quiet, meditative, and hymn-like. Suddenly, the entire main section bursts forth again, a bit shortened. Briefly, an Adagio sostenuto offers the relief of a short cadenza before the coda, drawn from the agitated material, brings the piece to a dynamic ending.

Robert Schumann heaped praise on the posthumous publication of Schubert’s (1797-1828) Trio in B-flat:

A glance at Schubert’s trio — and all the troubles of our human existence disappear, and the world is fresh and bright again. . . . The first movement . . . is a thing of grace, intimate and virginal. . . . The adagio [sic] . . . is a blissful dream-state, a pulsating flow of exquisitely human emotion. . . . To sum up . . . the B-flat is passive, lyric, and feminine. Let the work, which he bequeathed to us, be a cherished inheritance. Time, though producing much that is beautiful, will not soon produce another Schubert.

The piece was the first of two trios Schubert composed possibly in the last year of his life and was probably heard only once by the composer at the home of Josef von Spaun, where the work was composed.

There is good reason for portions of the first movement to seem graceful and “virginal,” since its second theme is based on a Schubert song of 1825, “Des Sangers Habe.” Critic James Goodfriend amplified Schumann’s remark about the Andante by calling it “sheer love.” Alfred Einstein went further, describing the entire work as “the purest blend of the ‘sociable’ spirit that characterizes true chamber music.” And nowhere is the “sociable spirit” more evident than in the Scherzo, which employs a waltz-like theme in the main section, becoming a true waltz in the Trio. In the last movement, Schubert again recalls one of his songs. This time it is “Skolie” (1815), which appears in the rondo’s middle section. Schubert’s references to songs in this work may remind us of his famous “Trout” Quintet, and we may be tempted to seek extra-musical connections. However, this is not program music. As Einstein summarized, “What he was trying to do was to expand and develop in a less constricted form what he had expressed in musical terms in song, and to intensify this expression by means of musical, as opposed to poetical, contrasts.”

Perhaps the best way to sum up the music in this program is something Zachary Friedland wrote in 2020:

“I believe music comes from the most important parts of our lives and can give expression to the things for which there are no words: trials and tribulations, as well as successes and triumphs. My experiences have been a wellspring of inspiration for my work and help me not only cope with difficult times, but also celebrate the happy ones. I hope my music helps others find comfort and joy.

​Music was always a constant in my life. Growing up with a complex medical condition sometimes meant never knowing what to expect from day to day and music was always something to come back to.

​My experience in life and with music has shown me that nothing’s impossible. When you have an insight and an outlook on life that no one else has, you have the power to inspire others and inspire yourself.”