CONCERT 4: The Dover and Friends

Antonin Dvorák (1841-1904) took a break from composing chamber music during the mid-1880s. Composing the Terzetto was his re-entry into this branch of music, so dear to him. The composer was living with his parents at the time, along with a college chemistry major, Josef Kruis, who was studying the violin with his friend, Jan Pelikán. Dvorák heard them playing one evening and was inspired to compose four modest movements for two violins and viola (which Dvorák himself would play). He titled the work, Terzetto. After the trio had gone over the work, it was apparent that the music was too difficult for Kruis. Dvorák immediately composed a group of much easier pieces for the trio, which he titled Miniatures (Op. 75a). He later reworked the Miniatures as Four Romantic Pieces for Violin and Piano (Op.75b).

The four movements of the Terzetto are “character pieces,” contrasting with one another in atmosphere and sprit. The first, “Introduzione,” begins in a sentimental mood, becoming very animated during short, varied interludes.

Following that introduction, a Larghetto offers a flowing, lyrical essay in even phrases. Obviously, the composer is seeking immediate appeal. Yet the movement has an undeniable degree of depth. Composed in a three-section (A-B-A) “song form,” this gentle music satisfies a definite need among the three other movements.

Scherzo: Vivace: The title tells the story. Yet the central (“Trio”) section reverts to the pleasant sentimentality forecast in the first movement. It is part Viennese waltz in rhythm and flavor.

The final movement is a folk-style theme followed by short variations. Through these, we can hear the roots of “character” suggested in the first movement.  The slow-moving theme provides a “skeleton” for the composer to dress up in different ways, starting with a quick, animated variation. In contrast, a recitative variation returns to the “bare bones” suggested by the theme. Now, high drama prevails in an operatic-style recitativo. Again, speed and energy are the guiding elements in the final variation. Doesn’t it make you want to move? 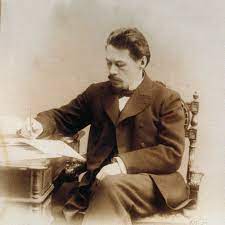 Arensky’s (1861-1906) musical training under the great Rimsky-Korsakov was prestigious; so was his teaching at the Moscow Conservatory, where his students included Rachmaninoff, Scriabin, and Glière. From Moscow, Arensky went on to direct the Imperial Chapel in St. Petersburg, retiring in 1901 with a generous pension. Unfortunately, his alcoholism and gambling addiction led to a rapid decline and an early death. His Moscow Conservatory colleague Tchaikovsky remarked, “Arensky is a man of remarkable gifts, but morbidly nervous and lacking in firmness, and altogether a strange man.”

At that time, “strangeness” in a composer’s music may likely have meant adherence to “Classicism,” of which Arensky was certainly guilty. The “Classical Viennese Triumvirate” (Haydn, Mozart, and Beethoven) significantly influenced his style.

Arensky composed his String Quartet No. 2 in 1894, dedicating it to the memory of Tchaikovsky. The operative word here is “memory,” which is borne out by the quartet instrumentation of violin, viola, and two cellos. The composer used this combination to create a dark, funereal sound.

The musical introduction to the first movement is based on a harmonized Russian Orthodox chant. Then a rhapsodic spirit suddenly interrupts. References to the chant recur here and there, but classical sonata-form style themes (dramatic, then softer and more lyrical) become the main sources of Arensky’s very personal development and recapitulation. Finally, the movement’s ending echoes a few phrases of the chant.

The second movement, a theme and variations, is adapted from Tchaikovsky’s children’s song When Jesus Christ Was Still a Child (Op. 54 No. 5). We should note that this melody was also used by Beethoven in his “Russian” Quartet (Op. 59, no. 20). This is a prominent example of Arensky’s Classicism as well as his passion for connecting Classical-period music with Russian music.

The quartet’s finale begins with an accompanied violin solo based on the chant in the first movement. Then the music becomes a lively fugato on the folk song Slava! (Glory) also used in Beethoven’s “Russian” Quartet. This is a wild, exciting affair, the large centerpiece of the movement. Arensky returns to a quiet mood, however, and the work ends as an intimate message from composer to listener.

Frank Bridge (1879-1941) is not as well known to American audiences as perhaps he ought to be. He grew up at a time when Charles Stanford was the leading English composer, and Bridge studied with Stanford during all of his four years at the Royal College of Music (1899-1903). Between then and the start of World War I (1914) Bridge was largely overshadowed by Edward Elgar, whose Pomp and Circumstance marches (for which he was knighted in 1904) dominated the British musical scene at the time. Nevertheless, Bridge developed as a composer during this period.

Bridge completed the four-movement first version of the Piano Quintet in 1904, and it received some insignificant public performances. However, the composer was dissatisfied with it and put the work away until 1912. During those years, Bridge concentrated on playing the viola professionally and conducting, and he received increasing recognition as a gifted musician.

In 1912, Bridge retrieved and re-thought his Piano Quintet, fusing the inner two movements to create a three-movement work.The first movement’s beginning resembles a cello sonata and builds to a full ensemble presence. Then starting over, a new rhapsodic episode unfolds, becoming more intense until the main body of the movement (allegro), equally rhapsodic and unabashedly late-Romantic, takes over. Loose, free-wheeling development grows until it collapses into an echo of the opening adagio and a calm finish.

The tripartite middle movement – Adagio ma non troppo – Allegro con brio – Adagio ma non troppo unfolds as an instrumental song. The piano and individual strings take turns, solo and in ensemble, presenting new phrases. The elfin scherzo central section is a complete contrast to what we have just heard. Mysteriously, the music brings us seamlessly back to the rhapsodic, smooth, stretched-out Adagio reprise of the opening music, ending very mysteriously.

Brilliant from the start, the quintet’s finale – Allegro energico – is marked by sudden contrasts, some in cultural styles (e.g., occasional gypsy connotations). This music is BIG in every sense. Even the softer central section has an inexplicable broadness, recalling ideas from the earlier movements. Long-lined rhapsodic themes in semi-improvisatory gestures lead to an ending in a truly GRAND style. 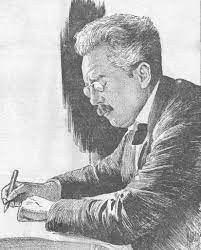