After listening to Mozart perform his six “Hayden” quartets in 1785, Franz Josef Hayden exclaimed to Mozart’s father, “Before God and as an honest man, I tell you that your son is the greatest composer known to me in person or by name. He has taste, and, what is more, the profound knowledge of composition.” Mozart composed the quartets over four years, 1782-1785, and dedicated them in print to the “Father” of the String Quartet.

One of the quartets played that evening was the C Major Quartet. Because of the audacious harmonies in its 22-measure Adagio introduction, the nickname “Dissonance” was later applied, and editors even attempted to “correct” certain notes they assumed were printing errors that Mozart had overlooked. However, Mozart’s autograph of the quartet reveals that everything was intentional, and the Adagio apparently did not bother any of the initial editors in 1785. (Two centuries later, the passage is likely to remind us of Charles Ives or Arnold Schoenberg.)

So, why did Mozart begin the quartet in such an unusual way? Alec Hyatt King suggests that Mozart desired to “create a mood of uncertainty and suspense, and build up such tension that the release, when it comes, is cathartic.” That surely is the effect. But, also, this quartet is the final one in the series dedicated to Haydn, considered one of the great experimenters of his age. Was it not appropriate to cap the series with a grand experiment? 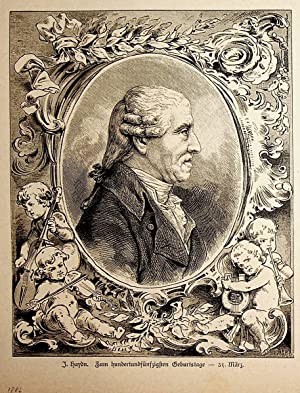 Caroline Shaw (1982 – ) is the youngest composer ever to be awarded the Pulitzer Prize in Music.  At age 30, she received this honor for her a cappella vocal work, Partita for 8 Voices. In addition to composing, Shaw is active as a violin soloist, chamber musician, and ensemble singer, chiefly with the group “Roomful of Teeth,” for whom she composed her Partita. Her more recent commissions include works for Carnegie Hall, the Guggenheim Museum, the St. Paul Chamber Orchestra, and mezzo-soprano Anne Sofie von Otter. She also collaborates frequently with Kanye West, Beyonce, and Dolly Parton. Shaw studied at Princeton, Rice, and Yale Universities. 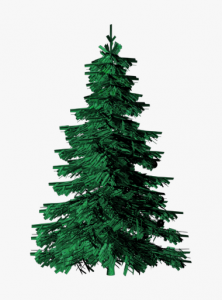 Shaw’s inspiration for The Evergreen began with an encounter she had with a tree —old, scraggly, and covered in moss — that she happened upon during a visit to Galiano Island, British Columbia (Canada). She developed her initial concept into an 18-minute work for string quartet. Cast in five connected sections: “Introduction,” “Moss,” “Stem,” “Water,” and “Root,” the work (like the varying conditions of the tree’s bark) is a panoply — but one of string instrument techniques and effects, such as harmonics (and combinations of harmonics); a range of pizzicato techniques expressing a range of human feelings; ways of drawing the bow across the strings to make the instrument sound completely different; and unique ways to combine two, three, or all four of the quartet members.

Yet, despite all this dissection, unity and continuity dominate the listening experience of The Evergreen. This is unquestionably the product of a mature composer who is in touch with nature as completely as she is with people. And in The Evergreen, Shaw brings the two entities together in special ways that discursive attempts cannot approach. For, here, Shaw is sharing her personal experience with you, the listener, and drawing you into that experience in an inexplicable way that is solely within the domain of her music.

Ravel’s String Quartet in F Major premiered in 1904, while Ravel was still a Conservatoire student, and received harsh criticism from conservative musical circles at that time. Even Gabriel Fauré, the dedicatee of the quartet and Ravel’s “dear master,” had suggested that the finale was out of balance with the rest and needed expanding. However, Claude Debussy, whose own quartet had been an inspiration to Ravel, prevailed on Ravel, “In the name of all the gods of music, and for my sake, don’t alter a note of what you have written,” and Ravel heeded his advice. Much has been made of similarities between Ravel’s quartet and that of Debussy, written approximately ten years earlier. Both quartets employ cyclic themes, and the main theme of the first movement generates melodic materials for the entire work. However, Ravel is much more literal than Debussy in this matter, and the listener can easily recognize permutations of Ravel’s simple, slightly square opening theme. The second movements of both quartets are partly in pizzicato, and we can hear modal scales (as opposed to major or minor ones) in both works.

Although their harmonic styles were similar, Ravel was much more of a “classicist” than Debussy, and the Quartet in F Major is one of the earliest and best examples of that classicism. It achieves balance and unity through the expert use of keys and rhythm, where the interrelationships of themes and rhythms are crucial. Ravel unifies his quartet with memorable crossbindings between alternative movements. For example, he derives the third movement thematically from the first. On the other hand, the relationship between Movements II and IV is a rhythmic one: The scherzolike second movement stresses shifting accents between 6/8 and 3/4 time. The finale picks up the rhythmic game again, but this time the opponents are 5/4 (5/8) and 3/4 time.

Ravel’s quartet was one of his earliest works to appear without a programmatic or literary title, and critics have called it one of his most perfect achievements. However, the composer himself was more modest. His autobiography states, “My String Quartet in F Major, 1902-1903, responds to a desire for musical construction, which undoubtedly is inadequately realized but which emerges much more clearly than in my preceding compositions.”

Ravel’s quartet was one of his earliest works to appear without a programmatic or literary title, and critics have called it one of his most perfect achievements. However, the composer himself was more modest. His autobiography states, “My String Quartet in F Major, 1902-1903, responds to a desire for musical construction, which undoubtedly is inadequately realized but which emerges much more clearly than in my preceding compositions.” 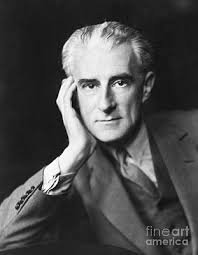 This combination of works has a subtle binding around it. Each has been considered “progressive,” “radical,” or “enshrouded in mystery.” Yet on a closer look, each is surprisingly simple, requiring only an open-minded approach to its understanding. This has made for some unusual reactions when a work was only recently acknowledged. Certain excerpts from Mozart’s “Dissonance” Quartet, for example, have been dissected and analyzed many times in our modern era. Yet, there is no documentation of any particular reaction to its premiere with dedicatee Franz Joseph Haydn in attendance.

On the other hand, Ravel’s String Quartet was thought (by Paris Conservatoire composers) to be dissonant and perhaps disorganized. Only the “visionary” Claude Debussy stayed Ravel’s hand from “revising” his work.

Caroline Shaw’s music mostly goes smoothly until she ventures into some strange, unusual techniques for string instruments. Then, the listener’s ears must hold on to the sounds tightly, maintaining faith that all will turn out right and suitably familiar. On second hearing, a Shaw work becomes more comfortable, and further exposure invites listeners to make the music their own.

All this is to say that listening to pieces such as these (and indeed, all music) multiple times can bring provide the rewards of nuance, richness and depth that might be missed on first or second hearing.