Today Johann Sebastian Bach (1685-1750) is celebrated as one of the most brilliant composers in history. However, during his lifetime, his skills as a keyboard performer were his greatest claim to fame. Bach’s obituary, written by his son, Carl Philipp Emanuel and his student, J.F. Agricola, proclaims “We cannot be reproached if we are bold enough to persist in the claim that our Bach was the most prodigious organist and keyboard player that there has ever been.”

This program features partitas, toccatas, preludes and fugues from the Well-Tempered Clavier (WTC), the Andante from his Italian Concerto, and two chorales. It illustrates Bach’s compositional genius and passion for the keyboard. This passion is shared by pianist Hilda Huang, for whom “Bach remains an adventure . . . “  (West-Allgemeine Zeitung). 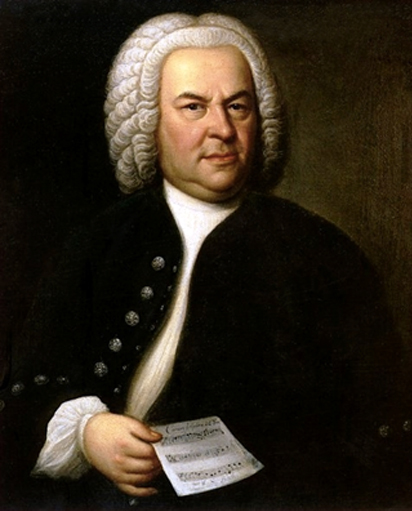 Partitas: The Partitas (a word in German music equivalent to “Suites”) had an auspicious beginning.  According to Bach’s first biographer, Forkel, they made “a great noise in the musical world.  Such excellent compositions for the clavier had never been seen and heard before.”  Each Partita has features unique to it, beginning with its introductory movement: Praeludium, Sinfonia, Fantasia, Ouverture, Preambulum, or Toccata.  After that, Bach organizes most of the Partitas according to the four standard French suite movements: Allemande, Courante, Sarabande, and Gigue.  He also inserts two “extra” movements into each Partita under the title of Menuet, Rondeaux, Capriccio, Burlesca, Scherzo, Aria, Passepied, or Gavotta.

Toccatas: The word toccata (meaning “touch piece” for keyboard or organ) is more a procedure than a form. Reaching back to Venetian organists in the late Renaissance, a toccata was a freely constructed movement that alternated sections containing chords, ornamental passages, and runs with other sections built on counterpoint, usually fugues. By the time Bach came on the scene, toccatas were an important “showpiece” among German organists. In his zeal to adapt every contemporary instrumental genre to the harpsichord, Bach composed seven keyboard toccatas.

The Well-Tempered Clavier, Book 2: Bach composed “Well-Tempered Clavier,” (WTC) Books 1 and 2 as education tools for keyboard students. These books have served this purpose from Bach’s time to ours. Starting with “C” (and working upward), the books include one major and one minor prelude and fugue in each of the 12 keys. The styles of the preludes are quite varied; the procedures and form of each fugue are unique. It was composed during the Cöthen Period (1717-1723) when Bach had no religious responsibilities. His primary duties were to teach, direct court and private musical activities, and compose music for them. Much of his instrumental concert music originated during this period.

Concertos: During the period (ca. 1600-1750), only France and Italy developed unique forms of orchestral music. In France, it was the ouverture, a suite of dances and character pieces preceded by an ostentatious, longer movement: the overture. Italy’s unique offering was the concerto, featuring either one soloist or a group of players.

Germany had no indigenous orchestral forms. Instead, composers such as Bach, Handel, and Telemann borrowed the French Ouverture and Italian Concerto forms for many of their own orchestral compositions.

Keyboard Partita No. 4 in D Major (BWV 828)
A French Ouverture launches Bach’s fourth keyboard partita. Full of pompous glory, the opening section is a perfect foil for the second (concluding) section, a flowing fugue, full of light grace and transparency.

Toccata in F-sharp Minor (BWV 910)
The F-sharp Minor Toccata is the earliest of Bach’s keyboard toccatas. This toccata has four sections: a quick, introductory Bravura, a slow and meditative Adagio, a fast, energetic Fugue, and a final dance-like fugue based mainly on triplet rhythms.

Prelude and Fugue in B Minor (BWV 869)
Throughout the Prelude, a “walking” bass line supports a counterpoint duet in which the upper “voice” imitates most of what the middle “voice” plays. This prelude is to be enjoyed moment by moment, the almost constant bass line becoming rather hypnotic; the progression of core harmonies seemingly predetermined.

Almost like a composer of our times, Bach gives us a fugal theme that first promises, then negates, an established key. This tonal fluidity informs the whole fugue, giving way occasionally to “islands” of tonality, where a key can be easily identified. Then, Bach plunges us back into a musical maelstrom, where we must float until he throws us another lifeline of tonality, until the fugue’s rather glorious conclusion.

Keyboard Partita No. 5 in G Major (BWV 829)
Partita 5 begins with a Praeambulum that is largely a study in scales and broken chords. In the Allemande, the predominance of triplets and related rhythms is a charming surprise. Fast “running” rhythms rule in the Courante, dominating in the right hand during the first half and in the left during the second. Proud nobility in the beautiful Sarabande reminds us that this is courtly music. Marked Tempo di Minuetto, the fourth movement brings back the fast triplet rhythmic motifs. Straight out of the ballet theater comes the charming, uplifting Passepied, followed by the partita’s conclusion, the Gigue.

Toccata in D Minor (BWV 913)
This rather lengthy toccata is (ironically) built on small musical ideas (called “motives”). From a modest-size introductory section, Bach leads us into the first of three fulsome fugues that constitute the bulk of the composition. Each is built on a remarkably short theme that the composer weaves into a lengthy movement. The concluding lengthy fugue is built on a minimal theme in one hand against a counter-theme in the other. Moving through a remarkable variety of keys, these themes undergo some small variations along the way, which, in perspective, represent the full development of his initial thematic idea. Predominant note values become shorter as the fugue nears its end, but this generates restrained excitement and exhilaration for a brilliant finish.

Italian Concerto (BWV 971) – Andante
In 1735, Bach published his Italian Concerto and French Overture for harpsichord. It is remarkable that he perceived the possible parallel between a soloist (usually violin) with strings and the two-handed harpsichord – one hand for solo passages with bass, and the full instrument for the tutti (soloist plus full string orchestra). The Italian Concerto proceeds with a first movement in the manner of Vivaldi: alternations of main theme tutti and quieter virtuosic solos.

The Andante opens with a steady progress in the left hand, intended to represent the string orchestra quietly establishing a steady-beat, minor-key. When the right hand enters, it represents a soloist playing a long-breathed, highly ornamental cantilena. Over the hypnotic accompaniment, the “soloist” weaves a long, detailed line expressing a seemingly endless musical imagination.

Two Chorales: “Jesu, meine Freude” (BWV 358) and “Ein feste Burg ist unser Gott” (BWV 80)
In the earliest years of the German Protestant Reformation (1520-30), every aspect of congregational worship was being developed. One central concern was music, and to that end, the melodic “chorale” (hymn) was emphasized. This core of chorales continued to expand and by the time J.S. Bach arrived on the church-music scene, several hundreds of them had been published, or were in use.

For the Lutheran liturgy, the chief musical practice was to compose cantatas, consisting of movements for soloists, chorus, and instruments inspired by the verses or ideas of one central chorale. The cantata usually concluded with the choir (and often also parishioners) singing several verses of the current chorale.

Prelude and Fugue in A Major (BWV 864)
The Prelude in A Major is full of charm and one of most engaging preludes in the WTC The main source of this charm is its theme, presented at the very opening in the topmost range. This, in turn, is answered in the bass. Running strands of notes propel the prelude along, while fragments of the theme can be heard here and there in various registers. The movement concludes with a final restatement of the theme, this time with very active supporting material below it.

Beginning with a single key note followed by a little silence, the fugue’s “triplet”-rhythm theme unfolds in a high register. The other two “voices” follow this in middle and lower registers. Triplet rhythms predominate throughout the fugue, even when accompanied by flowing faster rhythms. Bach explores several different keys before returning to the home key (A Major) for a rolling finish.

This program moves from the generic to the specific. Both the partitas’ dance movements and the toccatas are representations of the act of musical expression, which is to play. This generic expression is suffused by the particularities of the compositions themselves and made even more particular by the performer’s response to and expression of the music. The program continues to the Italian Concerto, in which the middle movement – a solo aria – represents an outpouring of one person’s heartfelt song.

The Lutheran texts of the two chorales “A Mighty Fortress Is Our God” and “Jesus My Joy,” address God and Jesus as protectors against evil and fear. Music’s ability to move the soul is evidence that these feelings need not be exclusively religious.

The prelude and fugue that conclude the program represent my essence as an artist. I am spunky and fun and smooth as well. This is my avenue to feeling exultation. Joy is the most protective emotion against fear.