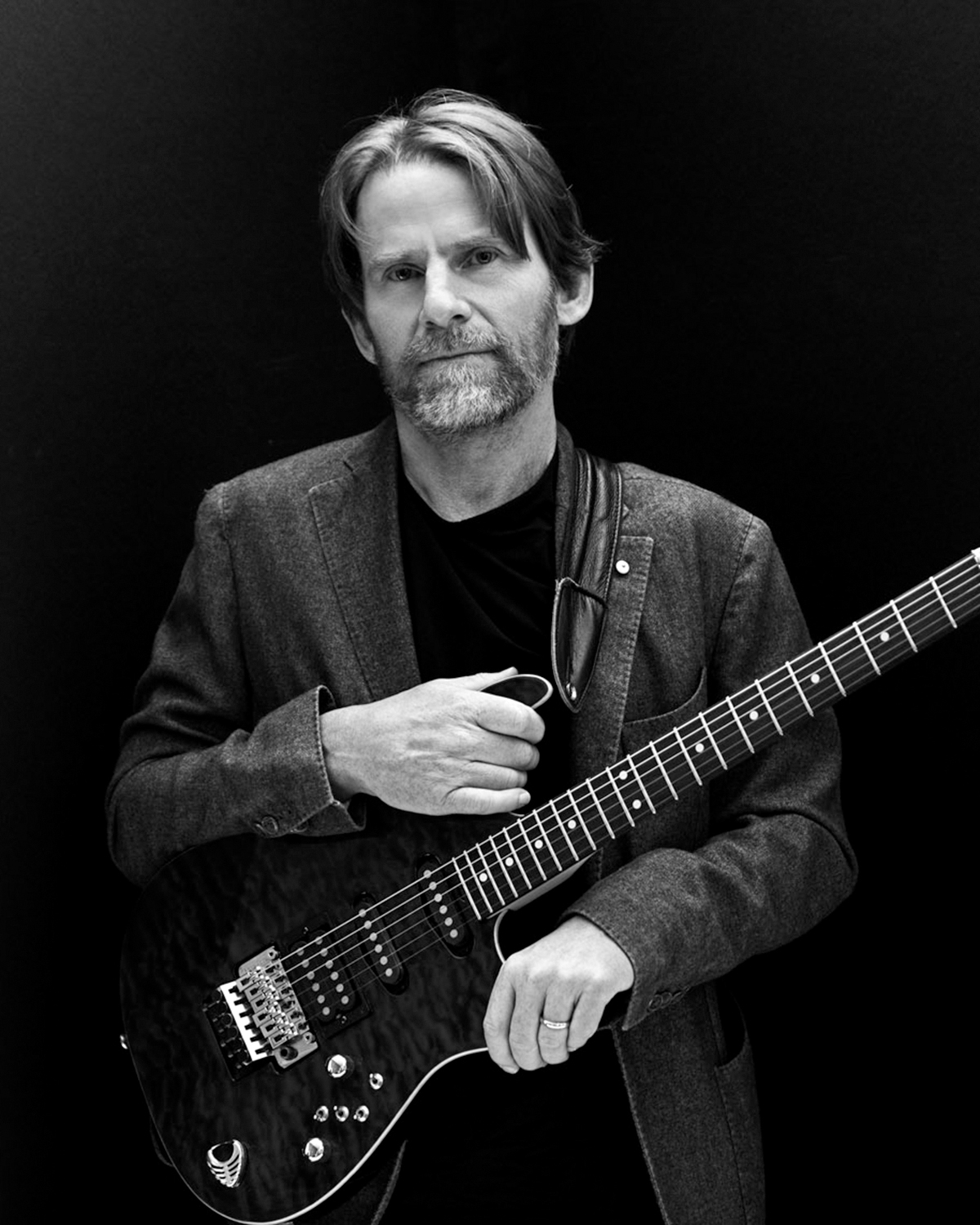 Steven Mackey, a GRAMMY® Award winner lauded by Gramophone for his “explosive and ethereal imagination,” is regarded as one of the leading composers of his generation, with compositions ranging from orchestral and chamber music to dance and opera. Born in 1956 to American parents stationed in Frankfurt, Germany, his first musical passion was playing the electric guitar in rock bands based in northern California. He blazed a trail in the 1980s and ‘90s by including the electric guitar and vernacular music influences in his classical concert music. He regularly performs his own work, including three electric guitar concertos and numerous solo and chamber works. He is also active as an improvising musician and performs regularly with his band Big Farm.

In the fall of 2017 Mackey released a CD of his wordless electric guitar opera, Orpheus Unsung, on the New Amsterdam label, which he performed with S Percussion member Jason Treuting. Another new piece, Through Your Fingers, was written for frequent recital partners cellist and MacArthur Fellow Alisa Weilerstein and celebrated Israeli American pianist Inon Barnatan. Mackey’s 2010 music theater piece, Slide, for tenor/actor, electric guitar and mixed chamber ensemble will be staged this season at National Sawdust, as well as venues in Princeton and Philadelphia; and both the St. Louis Symphony and New World Symphony give performances of his 38-minute magnum opus for orchestra, Mnemosyne’s Pool, commissioned by the Los Angeles Philharmonic, Kennedy Center, Sydney Symphony, and New World Symphony in 2015. Capping the composer’s banner fall is a week-long residency at the New Music Festival at Ohio’s Bowling Green State University, together with his wife, composer Sarah Kirkland Snider.

Mackey is currently Professor of Music and former chair of the Department of Music at Princeton University, where he has been a member of the faculty since 1985. He and Kirkland Snider live in Princeton, New Jersey with their son, Jasper, and their daughter, Dylan.