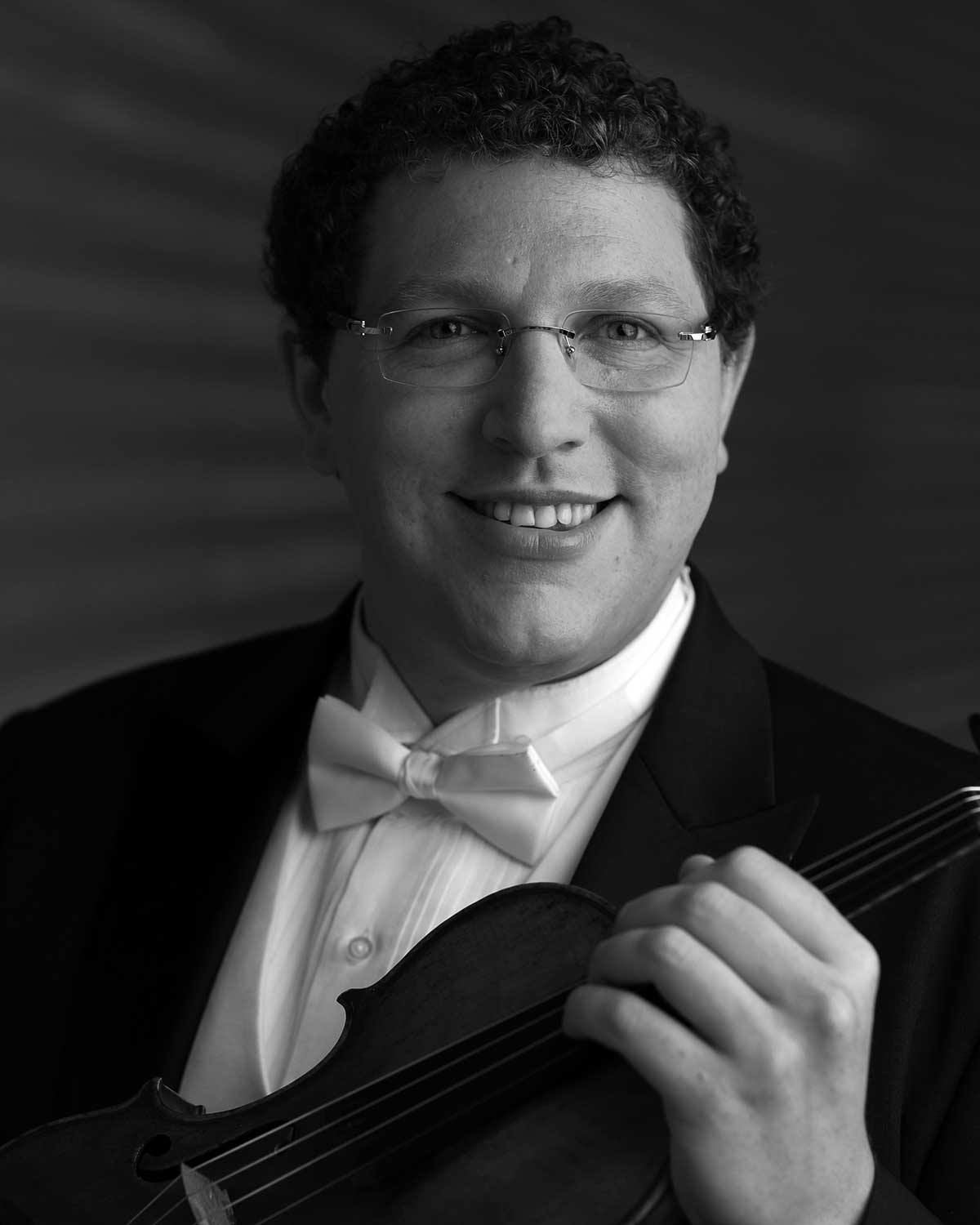 Noah Geller was appointed to the position of concertmaster of the Seattle Symphony Orchestra by Music Director Emeritus Ludovic Morlot in September 2018. Mr. Geller came to Seattle from the Kansas City Symphony, where he was concertmaster under Michael Stern from 2012-18. He appeared frequently as soloist with the Kansas City Symphony, and he made his solo recording debut on their release with Reference Recordings featuring music by Saint Säens.

Mr. Geller began his professional career in the first violin section of the Philadelphia Orchestra in 2007 while still pursuing his master’s degree. He served as acting assistant concertmaster of the Philadelphia Orchestra for the 2010 and 2011 seasons. Mr. Geller also has performed as guest concertmaster with the Symphony Orchestras of Pittsburgh, Houston, and Beijing (China National Symphony). In addition to his large-scale orchestral activities, he appears regularly with the dynamic and spirited conductor-less group, East Coast Chamber Orchestra (ECCO). An active chamber musician, Mr. Geller has performed many times at the Kingston Chamber Music Festival, as well as the Marlboro, Saratoga, Heartland and Skaneateles festivals. He has also appeared on the Lyon and Healy (Chicago), Philadelphia Museum of Art, and Lyric Chamber Music Society (New York) series, among others.

Mr. Geller is an original member of Shir Ami, an ensemble dedicated to the music of composers whose lives were adversely affected by the Holocaust. Mr. Geller has organized and presented concerts by Shir Ami for the Kansas City community, garnering remarkable support and enthusiasm.

Mr. Geller grew up in the Chicago area, studying privately with Jennifer Cappelli. He received his bachelor’s and master’s degrees from The Juilliard School where he studied with Hyo Kang, Donald Weilerstein and Cho-Liang Lin. Mr. Geller currently lives in Seattle with his wife, percussionist Mari Yoshinaga, and their dog, Monkey. He performs on a violin made by Justin Hess c. 2021.