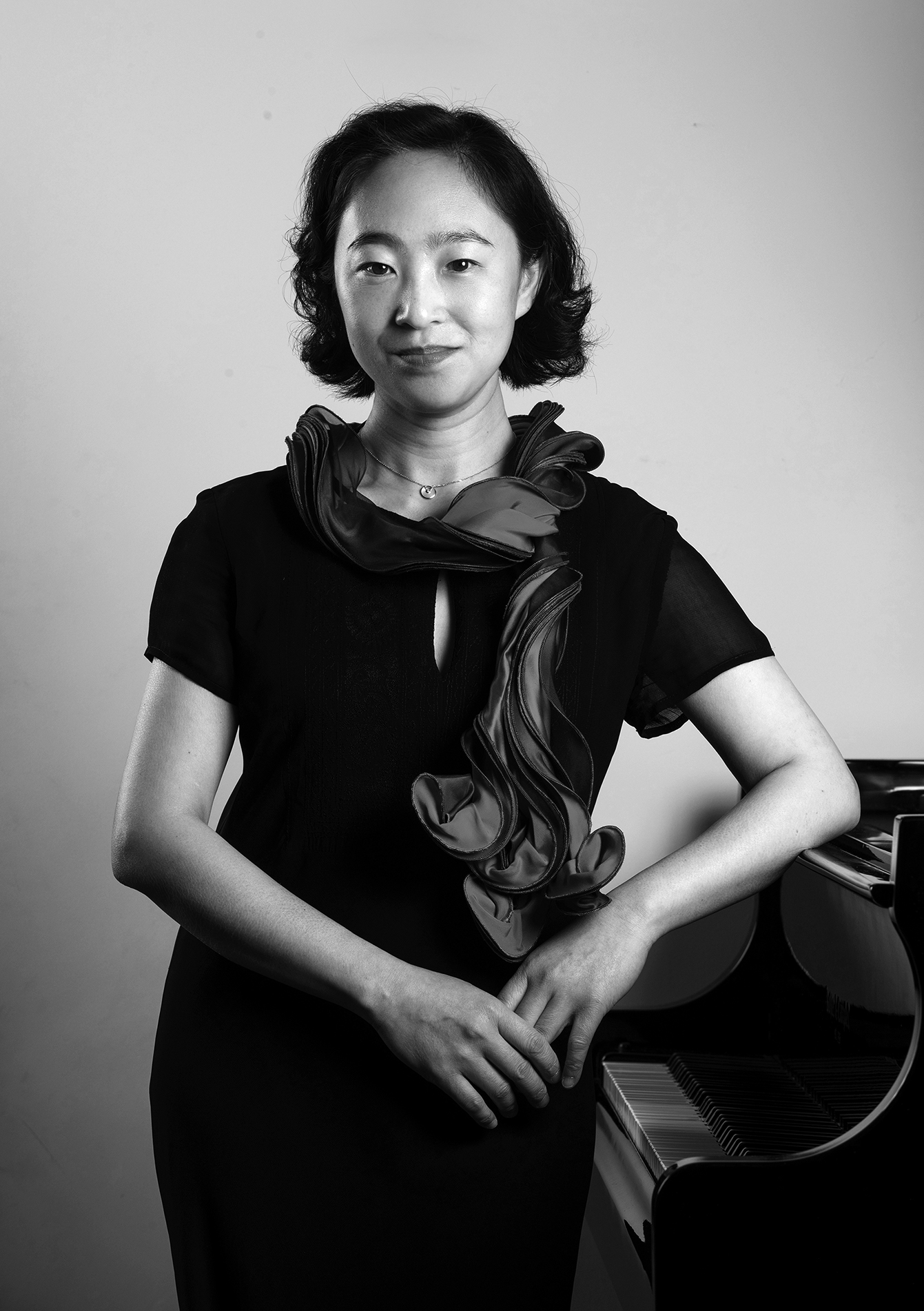 Ms. Zhu has performed throughout North America, Europe, and Asia as a soloist, recitalist, and chamber musician in the U.S. She has appeared as soloist with the Indianapolis Symphony, the Pacific Symphony, the Haddonfield Symphony, The Curtis Orchestra, Chamber Orchestra of Philadelphia, Princeton Chamber Orchestra, the Bergen Philharmonic, China Philharmonic, Riverside Symphony Orchestra, and the Colorado Philharmonic National Repertory Orchestra. Ms. Zhu was frequently requested by The Philadelphia Orchestra as the orchestral pianist with the Philadelphia Orchestra under the baton of maestro Yannick Nézet-Séguin. Ms. Zhu made her European debut in 1994 at the Festival de Sully et d’Orleans in France She has also given solo recitals at the Carnegie’s Weill and Zankel Hall in New York City, Philadelphia Chamber Music  Society, Seattle Chamber Music Society, New York’s Steinway Hall and Merkin Hall, Philip Lorenz Memorial Keyboard Series in Fresno, Portland Piano Festival in Oregon, Munich’s Herkulessaal in Germany, and Beijing Concert Hall in China. She has performed with the Vermeer, Miami quartets and Daedalus Quartets, and collaborated with members of the Guarneri, Dover, Orion, Mendelssohn, and Ying Quartets, the Beaux Arts Trio, and Time for Three. Ms. Zhu began touring with renowned violinist Hilary Hahn in 1997.  Ms. Zhu and Ms. Hahn have maintained a partnership with tours around the world, including a hugely successful Carnegie Hall recital debut. Ms. Zhu and Ms. Hahn released a CD for the Deutsche Grammophon label in 2005, as well as Suzuki Violin Books 1-3 in 2020.

Natalie Zhu began her piano studies with Xiao-Cheng Liu at the age of six in her native China and made her first public appearance at age nine in Beijing. At eleven she emigrated with her family to Los Angeles, and studied with Robert Turner and Li Ming-Qiang. By age fifteen was enrolled at the Curtis Institute of Music where she received the prestigious Rachmaninoff Award and studied with Gary Graffman. She received both a Master of Music degree and Artist Diploma from the Yale School of Music where she studied with the late Claude Frank. Ms. Zhu lives in the Philadelphia suburbs with her husband and daughter.