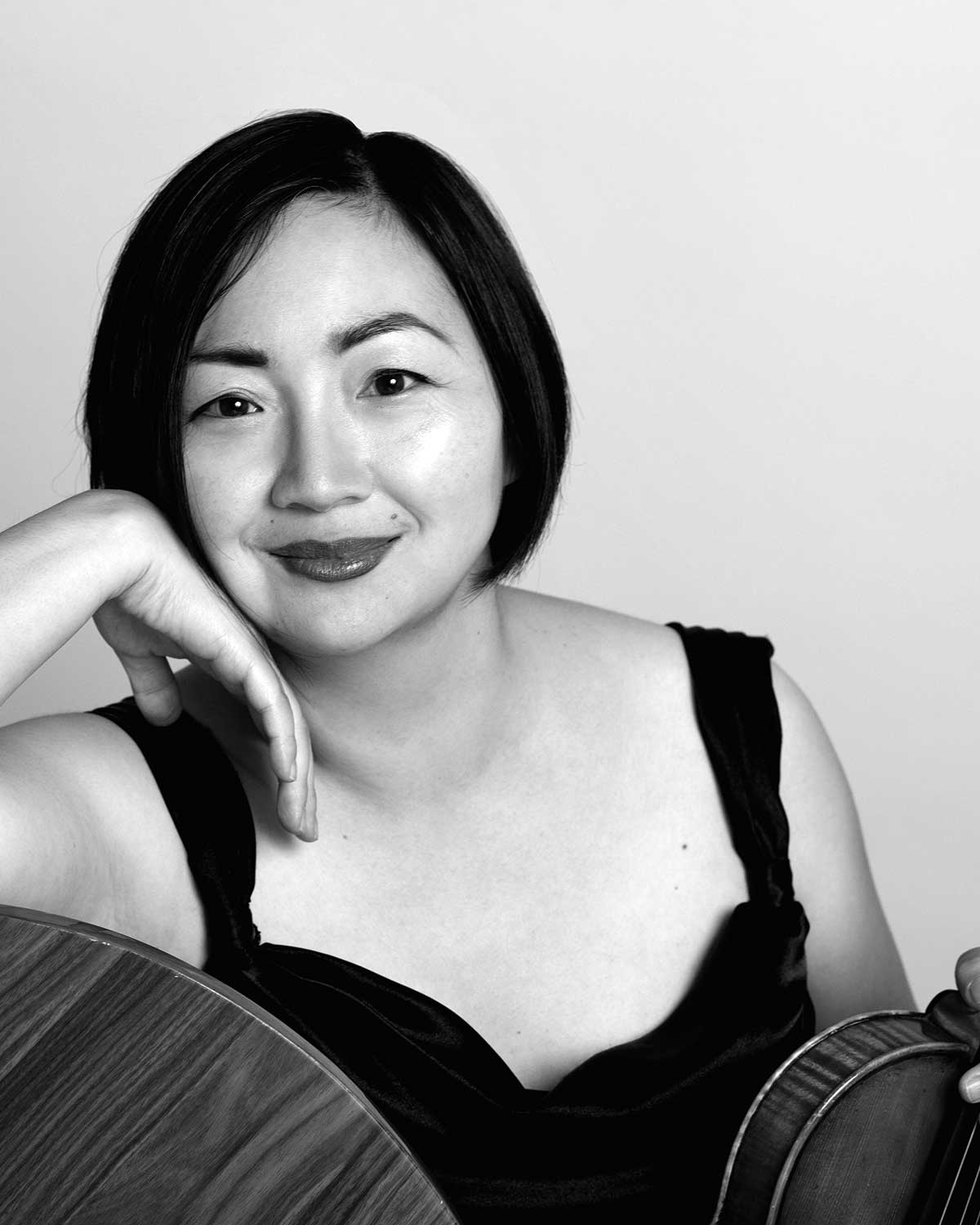 Appointed First Associate Concertmaster of the Philadelphia Orchestra in 2005, Canadian violinist Juliette Kang enjoys an active and varied career.  Previously Assistant Concertmaster of the Boston Symphony and member of the Metropolitan Opera Orchestra, Ms. Kang’s solo engagements have included the San Francisco Symphony, l’Orchestre National de France, the Baltimore Symphony, the Boston Pops, the Omaha Symphony, the Syracuse Symphony, and every major orchestra in Canada. Internationally she has performed with the Czech Philharmonic, the Vienna Chamber Orchestra, the Singapore Symphony, the Hong Kong Philharmonic, and the KBS Symphony in Seoul. She has given recitals in Philadelphia, Paris, Tokyo, and Boston.  In 1994 she won the gold medal of the International Violin Competition of Indianapolis, and was presented at New York’s Carnegie Hall in a recital that was recorded live and released on CD. She has also recorded the Schumann and Wieniawski Violin Concertos with the Vancouver Symphony for CBC Records.

In 2012 Ms. Kang was again a featured soloist at Carnegie Hall for the visit of her hometown orchestra the Edmonton Symphony, and she is a regular soloist with the Philadelphia Orchestra, most recently featured in the Bruch Scottish Fantasy conducted by music director Yannick Nezet-Seguin.

Ms. Kang has been a chamber musician since studying at the Curtis Institute of Music. Festivals she has participated in include Bravo! Vail Valley, Bridgehampton (Long Island, NY), Kingston (RI), Marlboro, Moab (UT), Skaneateles (NY), and Spoleto USA. In New York she has performed with the Chamber Music Society of Lincoln Center, at the Mostly Mozart Festival with her husband, cellist Thomas Kraines, and at the Bard Music Festival. With Philadelphia Orchestra violist Che Hung Chen, pianist Natalie Zhu, and cellist Clancy Newman she is a member of the Clarosa Quartet, dedicated to exploring and enriching the piano quartet repertoire.

After receiving a Bachelor of Music degree at age 15 from Curtis as a student of Jascha Brodsky, she earned a Master of Music degree at the Juilliard School under the tutelage of Dorothy Delay and Robert Mann. She was a winner of the 1989 Young Concert Artists Auditions, and she subsequently received first prize at the Menuhin Violin Competition of Paris in 1992.  She serves on the Board of Trustees at Philadelphia’s Settlement Music School, one of the oldest and largest community schools of the arts in the country, founded in 1908 and having served more than 300,000 students since.