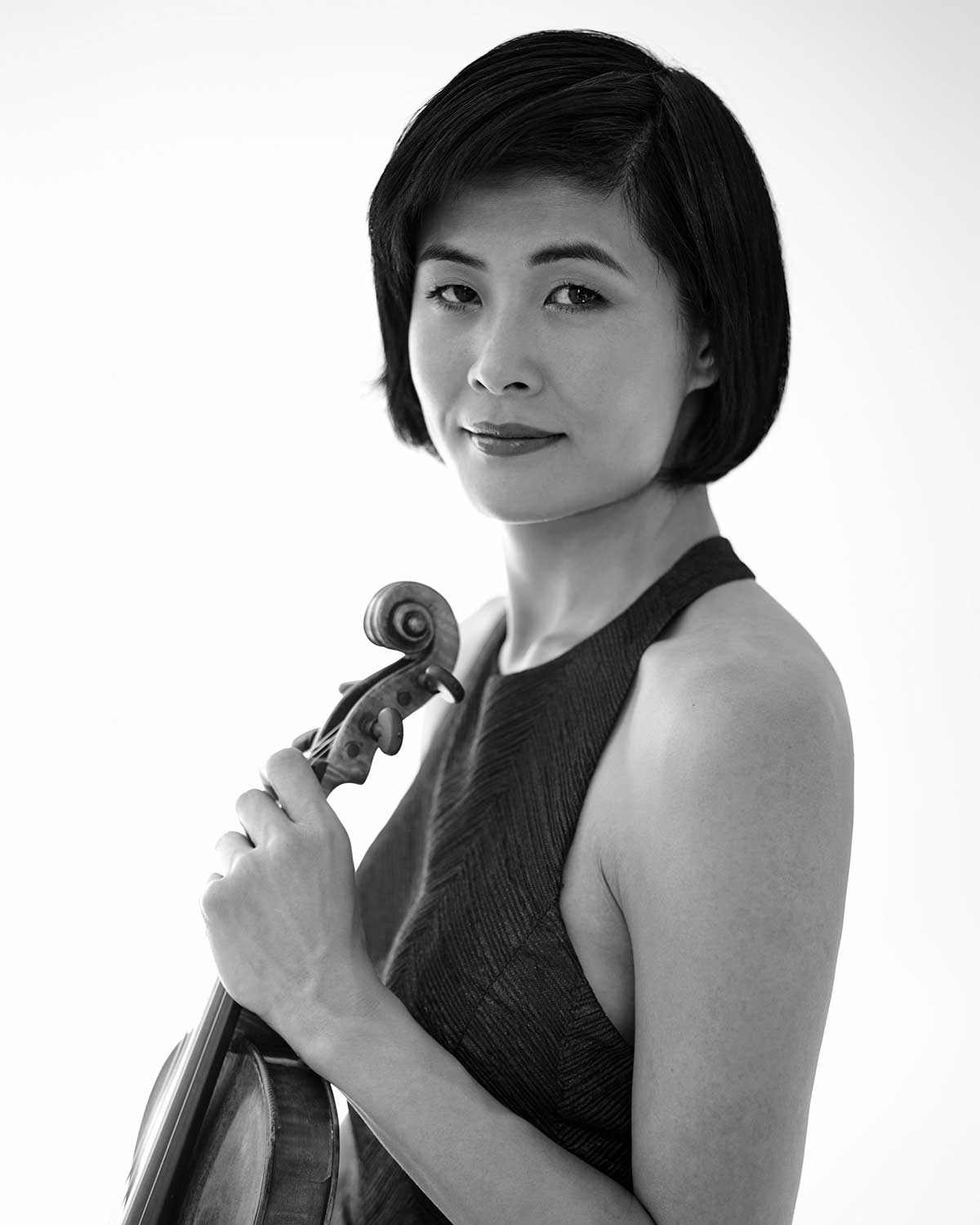 Jennifer Koh is recognized for intense, commanding performances, delivered with dazzling virtuosity and technical assurance. A forward-thinking artist, she is dedicated to exploring a broad and eclectic repertoire, while promoting diversity and inclusivity in classical music. She has expanded the contemporary violin repertoire through a wide range of commissioning projects, and has premiered more than 70 works written especially for her. Her quest for the new and unusual, sense of endless curiosity, and ability to lead and inspire a host of multidisciplinary collaborators, truly set her apart.

Ms. Koh’s series include The New American Concerto, an ongoing, multi-season commissioning project that explores the form of the violin concerto and its potential for artistic engagement with contemporary societal concerns through commissions from a diverse collective of composers. This season, as part of the project, she performs world premieres of new concertos by Lisa Bielawa with the Orlando Philharmonic and Courtney Bryan with the Chicago Sinfonietta, as well as the New York premiere of Vijay Iyer’s Trouble with The Knights at Miller Theatre. Also this season, she and baritone Davóne Tines join together for Everything That Rises Must Converge, a new work conceived by the two artists inspired by their Korean- and African-American heritage, incorporating classical music, traditional Korean music, African-American spirituals, and a story told through their family members’ voices. Everything That Rises will be premiered at UCSB and UCLA in the spring of 2020. Ms. Koh’s other projects are  Limitless (recently released on recording by Cedille Records) which explores the relationship between composer and performer through duo works played by Ms. Koh and the composers themselves; Bridge to Beethoven, in which she joins pianist Shai Wosner in pairing Beethoven’s violin sonatas with new works inspired by them; Bach and Beyond, which traces the history of the solo violin repertoire from Bach’s sonatas and partitas to pieces by 20th- and 21st-century composers; and Shared Madness, comprising short works that explore virtuosity in the 21st century, commissioned from over 30 composers.

Ms. Koh has been heard with leading orchestras around the world including the Los Angeles and New York Philharmonics; the Cleveland, Mariinsky Theatre, Minnesota, Philadelphia, and Philharmonia (London)  Orchestras; the Atlanta, Baltimore, BBC, Chicago, Cincinnati, Detroit, Houston, Milwaukee, Montreal, Nashville, National, New Jersey, New World, NHK (Tokyo), Pittsburgh, RAI National (Torino), St. Louis, Seattle, and Singapore Symphony Orchestras; and the Orpheus Chamber Orchestra, among other ensembles. She played the role of Einstein in the revival of Philip Glass’s Einstein on the Beach from 2012 to 2014; and a particular highlight of her career was performing with St Vincent (Annie Clark), and S. Epatha Merkerson in a tribute to Mr. Glass at the 2018 Kennedy Center Honors.

Named Musical America’s 2016 Instrumentalist of the Year, Ms. Koh has won the International Tchaikovsky Competition in Moscow, Concert Artists Guild Competition, and an Avery Fisher Career Grant. She has a BA in English literature from Oberlin College and studied at the Curtis Institute, where she worked extensively with Jaime Laredo and Felix Galimir. She is an active lecturer, teacher, and recording artist for Cedille Records; and is the Artistic Director of arco collaborative, an artist-driven nonprofit that fosters a better understanding of our world through a musical dialogue inspired by ideas and the communities around us.