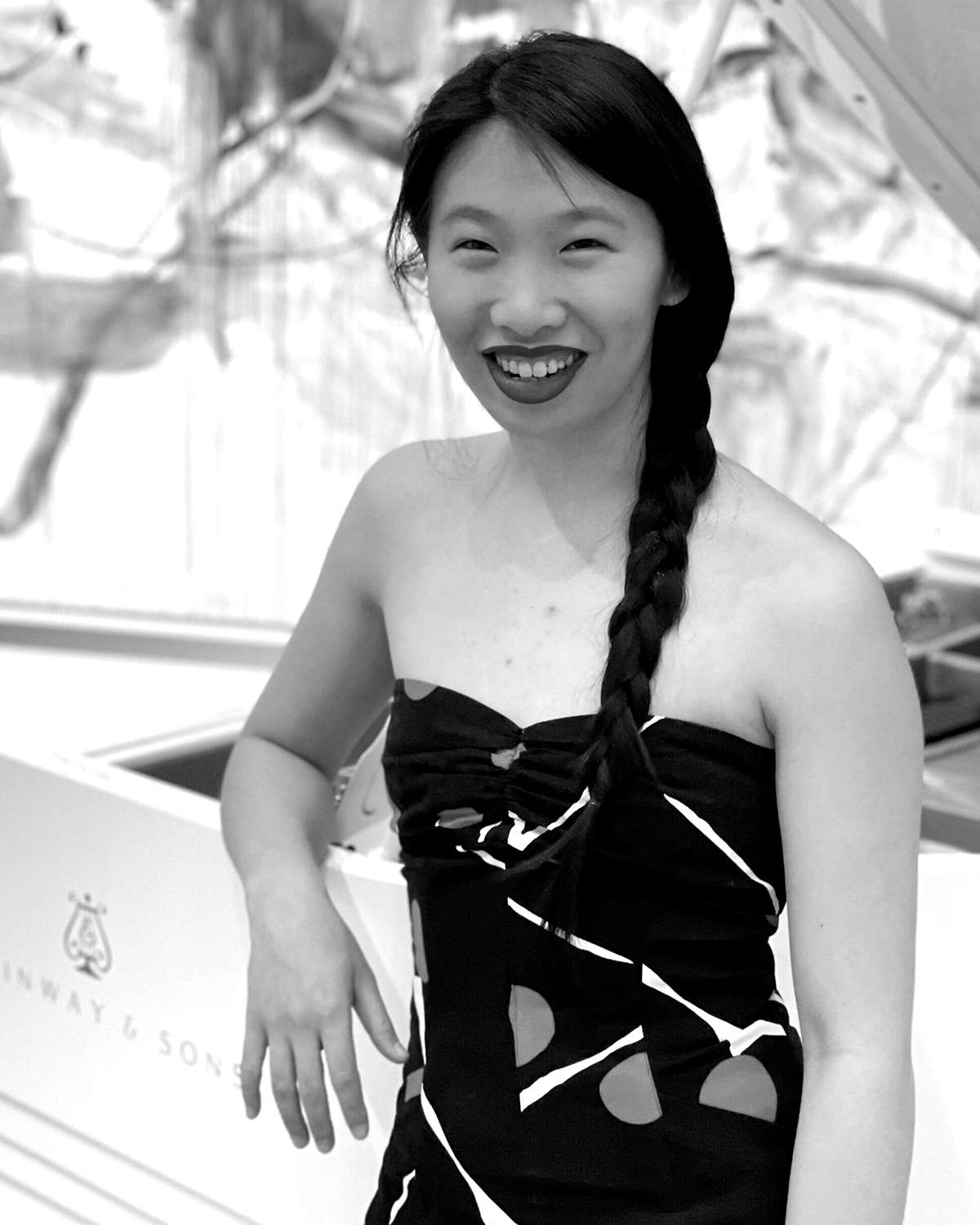 Hilda Huang began her international performing career upon receiving first prize at the Leipzig Bach Competition at 18 years of age. She is the first American to receive the honor. Since presenting her debut recital on the Steinway and Sons Prizewinners’ Concert Network at the Leipzig Gewandhaus in partnership with the Leipzig Bach Archive, she has been invited to perform Bach at the Leipzig Bach Festival, St. Martin-in-the-Fields, the Amsterdam Concertgebouw, and the Montreal Bach Festival. She is an advocate for modern performance of historical music, appearing worldwide on modern piano, fortepiano, and harpsichord.

As a young artist, Hilda’s association with Bach’s music was shared in the documentary film Bach and Friends alongside Hilary Hahn, Bobby McFerrin, and the Emerson String Quartet. Her interest in Bach’s music led her to the harpsichord, on which her small hands, flair for articulation, and energetic playing style encouraged exploration of a wide range of early music. Hilda’s orchestral debuts saw her on both modern and historical instruments, recording the Bach F minor concerto on the modern piano with Erich Kunzel and the Cincinnati Pops Orchestra for TELARC (2008) and appearing as harpsichord soloist in the Bach D Major concerto with Nicholas McGegan and the Philharmonia Baroque.

During the 2020-21 season, Hilda was invited to perform across Europe and the United States in celebration of Beethoven’s 250th anniversary, including invitations to contribute to Carnegie Hall’s Beethoven Piano Sonata Cycle, work with Kristian Bezuidenhout on fortepiano at Carnegie Hall’s Beethoven Discovery Week, and appear in Beethoven-Frühling’s Sonata Cycle at the Bösendorfer Salon of the Vienna Musikverein. Hilda culminated her season with the San Francisco Chamber Orchestra in their 2021-22 New Year’s Concerts and in return recital appearances at San Francisco Noontime Concerts. In addition to performing, Hilda was recently appointed the Community Lead for the piano division of the classical music education platform, tonebase.

Hilda Huang receives musical guidance from Hung Kuan Chen, Richard Egarr, Richard Goode, John McCarthy, Anton Nel and Peter Sykes and has appeared in masterclasses with Kristian Bezuidenhout, Angela Hewitt, and Robert Levin. She has also practiced conducting, singing, and organ-playing. Hilda currently pursues the Doctor of Musical Arts degree at The Juilliard School. Her studies are supported by a 2019 Paul and Daisy Soros Fellowship, the Kingsley Trust Association, and the Celia Ascher Doctoral Fellowship. Hilda is a 2013 Presidential Scholar in the Arts, a Gold Award recipient from the National Foundation for the Advancement of the Arts’ YoungArts Week, and a winner of the 2021 Astral National Auditions. Hilda Huang has been a Steinway Artist since 2021.