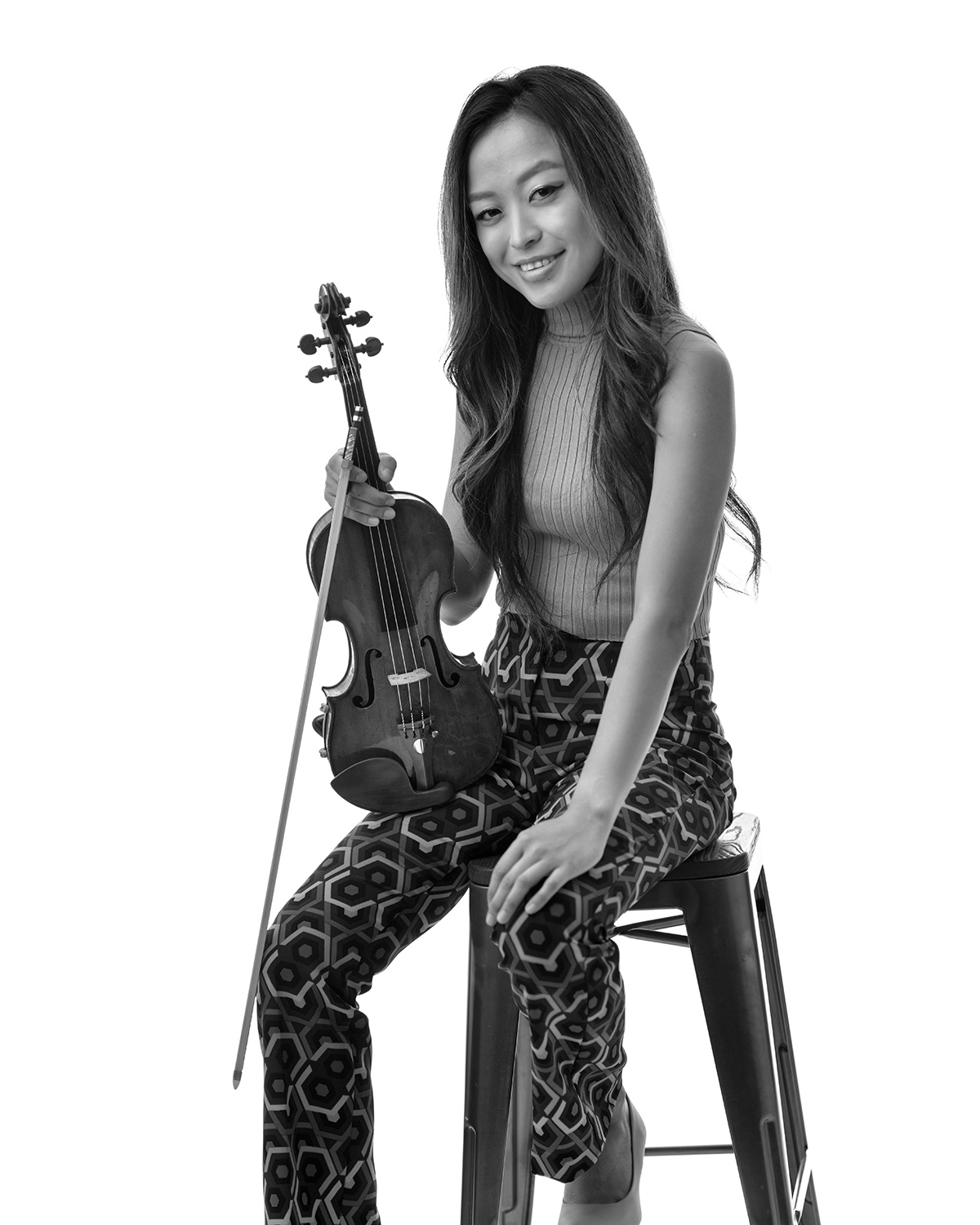 Described as “just superb” by the New York Times, violinist Eunice Kim has made solo appearances with Philadelphia Orchestra, Albany Symphony Orchestra, Louisville Symphony, and Saint Paul Chamber Orchestra, amongst many others on prominent stages worldwide. Ms. Kim made her solo debut at the age of seven with the Korean Broadcasting Symphony Orchestra in Seoul, Korea. An avid chamber musician, Ms. Kim has attended festivals such as Marlboro Music School and Ravinia’s Steans Institute as well as teaching at international festivals including Valdres Academy in Norway and Teatro del Lago in Chile, and she is currently the violinist of the Steans Piano Trio. Ms. Kim has an ongoing performance collaboration with award-winning double bassist/composer Xavier Foley. As a duo, they’ve performed as soloists with the Stamford Symphony, Pro Musica Columbus, New West Symphony, as well as being featured at the National Gallery of Art Concert Series, Violin Channel’s Vanguard Series at Merkin Hall, Philadelphia Chamber Music Society, and performing across South Korea. A strong advocate for the next generation of artists, Ms. Kim has partnered with Astral Artists and Philadelphia Orchestra’s Department of Education to perform in outreach series and has served as a teaching artist for Astral’s William Penn Residency at schools in the Philadelphia area. Ms. Kim graduated with a Bachelor’s Degree from the Curtis Institute of Music, where she led the Curtis Symphony Orchestra as concertmaster and was awarded with the prestigious Milka Violin Artist Prize upon graduation.