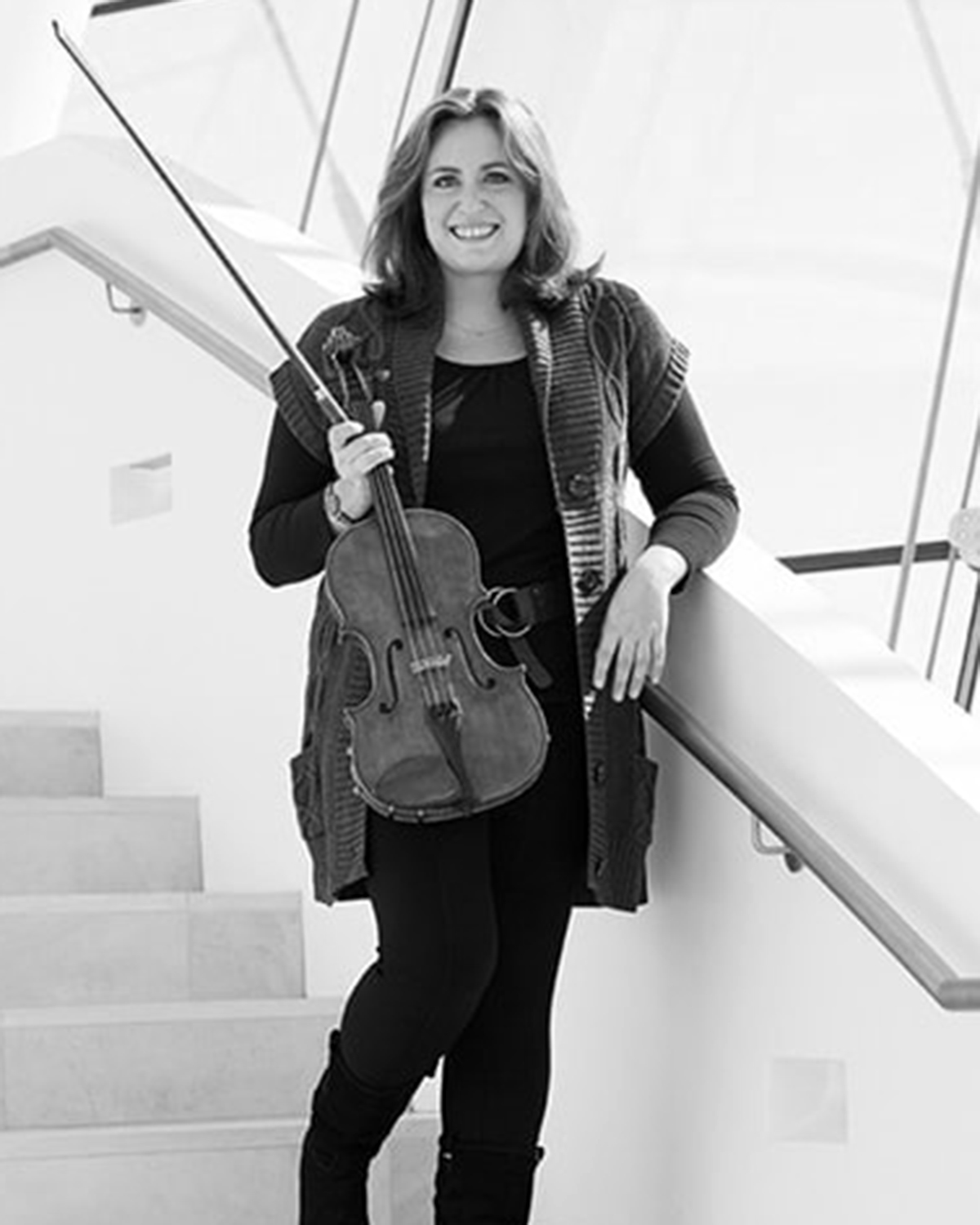 Born to a musical family and raised in New York City, Christine Grossman began playing the violin at the age of five, piano at the age of ten, and viola at sixteen. She received both her Bachelors and Masters degrees in viola performance from the Juilliard School where she studied with Heidi Castleman, Misha Amory, and Hsin-Yun Huang. Past teachers also include Roberto Diaz, Karen Ritscher, Patti Kopec, Isaac Malkin, and Dorothy Roffman.

Ms. Grossman served as the Principal Violist with the Kansas City Symphony from 2008 until 2019. She enjoyed several solo appearances with the orchestra, including Berlioz’ “Harold in Italy”, an arrangement of Queen’s Bohemian Rhapsody featuring solo viola as Freddie Mercury, and most recently, Mozart’s “Sinfonia Concertante”.

Before moving to Kansas City, Ms. Grossman previously held positions with the Pacific Symphony, Delaware Symphony, and was a member of the New World Symphony in Miami Beach, FL.

An avid chamber musician, Ms. Grossman was formerly in the California Quartet, based in San Diego.

In January 2018, Ms. Grossman was featured as an “Artist to Watch” in KC Studio Magazine.