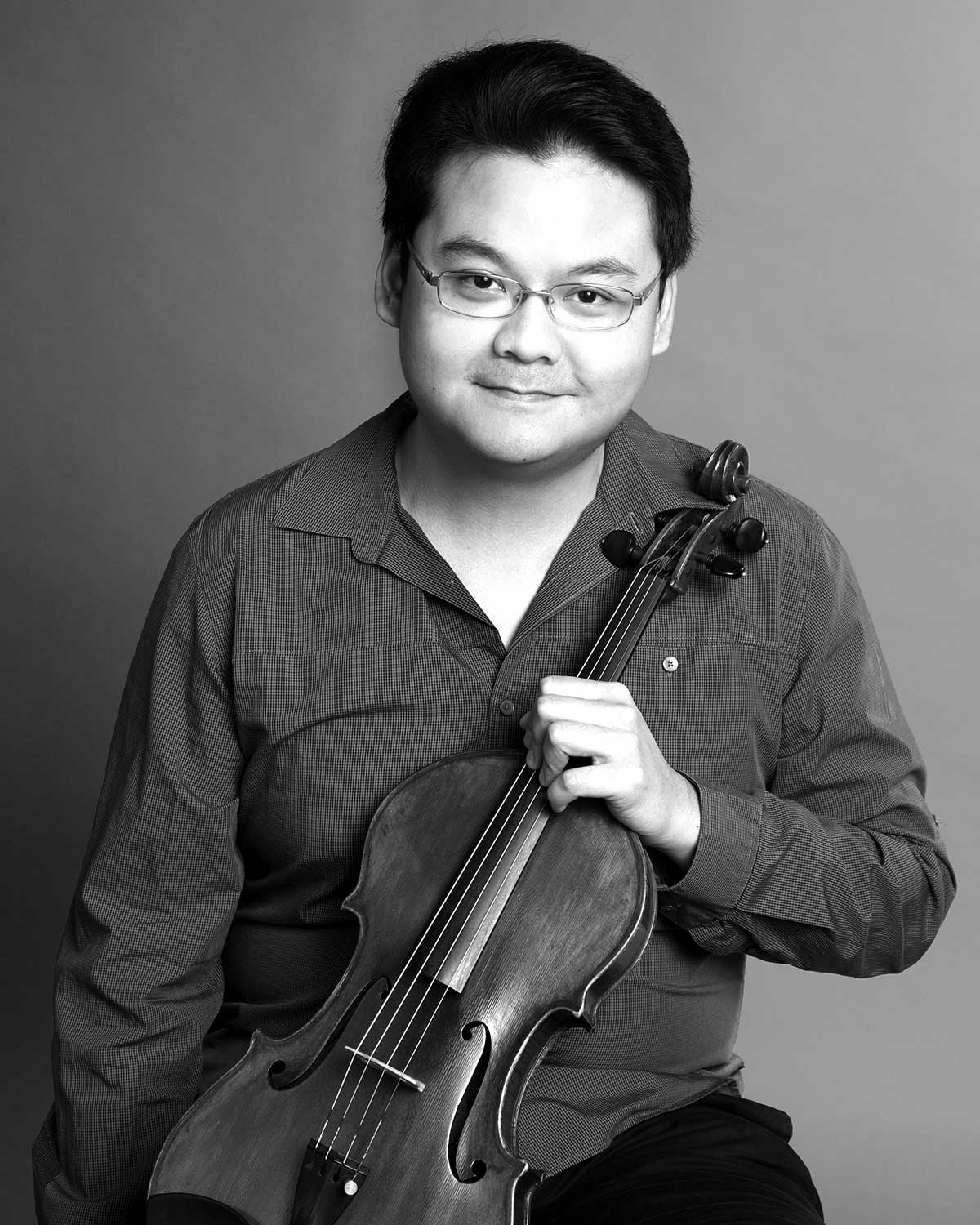 Violist Che-Hung Chen joined The Philadelphia Orchestra at the age of 20, when he was hired by then-Music Director Wolfgang Sawallisch, becoming the first Taiwanese citizen ever to join the Orchestra. He has also served as acting associate principal viola under former Music Director Christoph Eschenbach.

Mr. Chen was the first-prize winner at the Seventh Banff International String Quartet Competition as the founding member of the Daedalus Quartet; the Quartet was also awarded the Pièce de Concert prize for the best performance of a commissioned work and the Székely Prize for the best performance of a Beethoven quartet. A three-time, top-prize winner at the Taiwan National Instrumental Competition, Mr. Chen is a graduate of the Curtis Institute of Music, where he studied with the legendary Joseph dePasquale. Mr. Chen has served as principal viola of the Curtis Symphony and recently appeared as guest principal viola with Japan’s Hyogo Performing Arts Center Orchestra, the San Diego Symphony, and the Saint Paul Chamber Orchestra. Mr. Chen’s recording of Chiayu’s Twelve Signs for solo viola on the Naxos Label was praised in Gramophone magazine’s Awards 2015 issue for its ‘“mesmerizing intensity.’”

As a chamber musician, Mr. Chen was a participant at Marlboro Music, performing in its 50th anniversary concerts in Boston and New York’s Carnegie Hall, and in several “Musicians from Marlboro” national tours. He performs annually at the Kingston Chamber Music Festival in Rhode Island with his wife, pianist and Artistic Director Natalie Zhu, and has also participated in such festivals as Ravinia, Caramoor, Saratoga, Bridgehampton, and Music from Angel Fire. With Ms. Zhu, Philadelphia Orchestra colleague and First Associate Concertmaster Juliette Kang, and cellist Clancy Newman, he is a member of the Clarosa Piano Quartet, dedicated to exploring and enriching the piano quartet repertoire. Their debut performance earned praise from the Philadelphia Inquirer as “a combination of easy cohesion and unfettered, expressive freedom.” In the Fall of 2019, Mr. Chen founded Quartet Iris with Philadelphia Orchestra colleagues violinists Christine Lim, Julia Li, and cellist Yumi Kendall, eager to delve into the challenging realm of string quartet playing.

Mr. Chen serves on the faculty of Temple University’s Esther Boyer College of Music. He performs on a viola made by Carlo Antonio Testore in Milan, Italy, c.1756. He and Natalie resides in Narberth, PA, with their daughter, Clara.