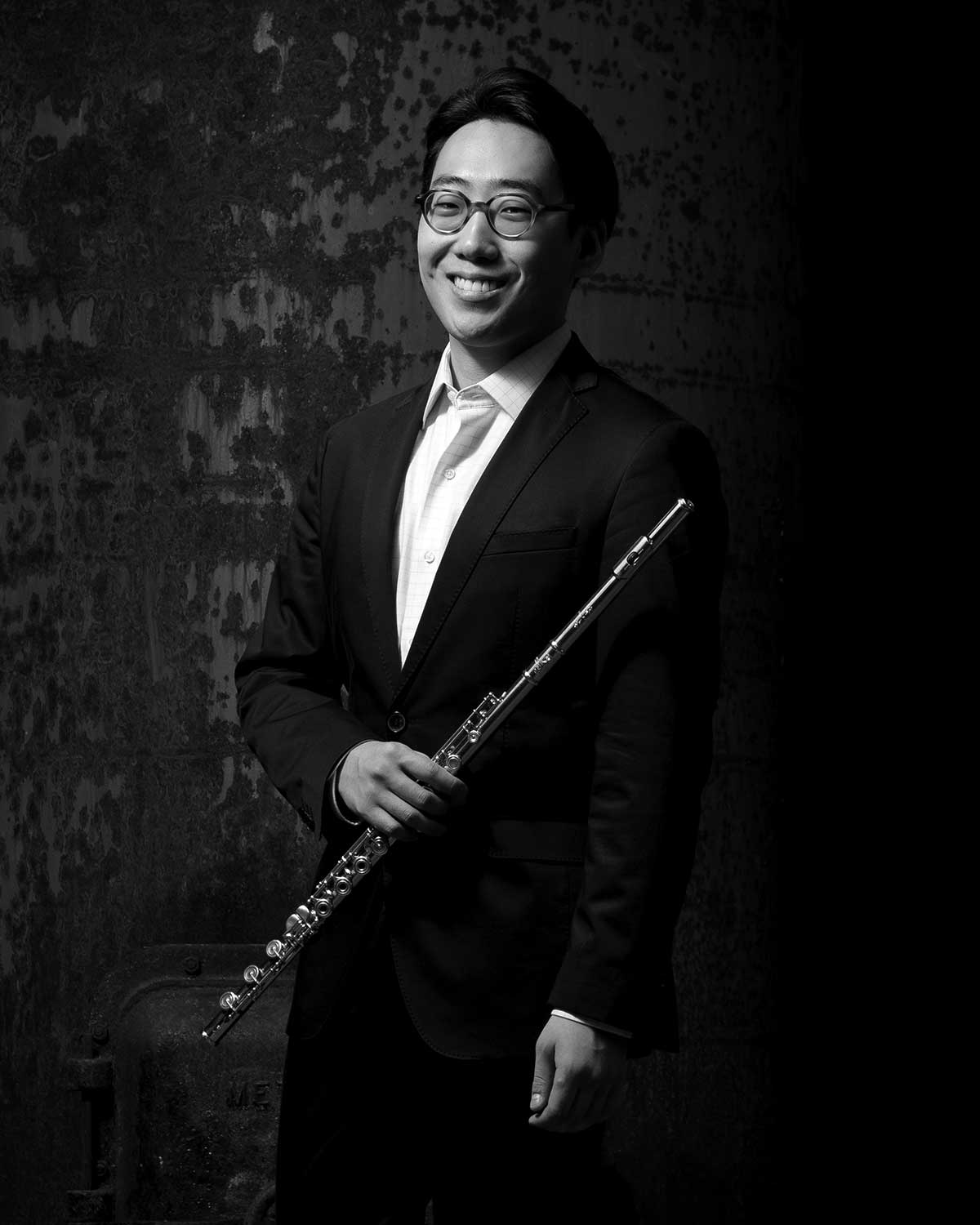 Beomjae is an alumnus of Ensemble Connect (formerly known as Ensemble ACJW) – a program of Carnegie Hall, The Juilliard School and Weill Music Institute. As an orchestral musician, he has been a guest performer with the New York Philharmonic, and Korean Symphony Orchestra. Beomjae was also recently featured as one of the six emerging artists in classical music by Symphony Magazine (published by League of American Orchestras) in their Winter 2020 issue.

Beomjae has given solo and chamber music masterclasses at the Manhattan School of Music, Stony Brook University, and Skidmore College. He has been on the faculty in flute performance at JCC Thurnauer School of Music in New Jersey since 2019.

Beomjae holds a bachelor’s degree from Oberlin College, a master’s degree and the prestigious Artist Diploma from the Manhattan School of Music.