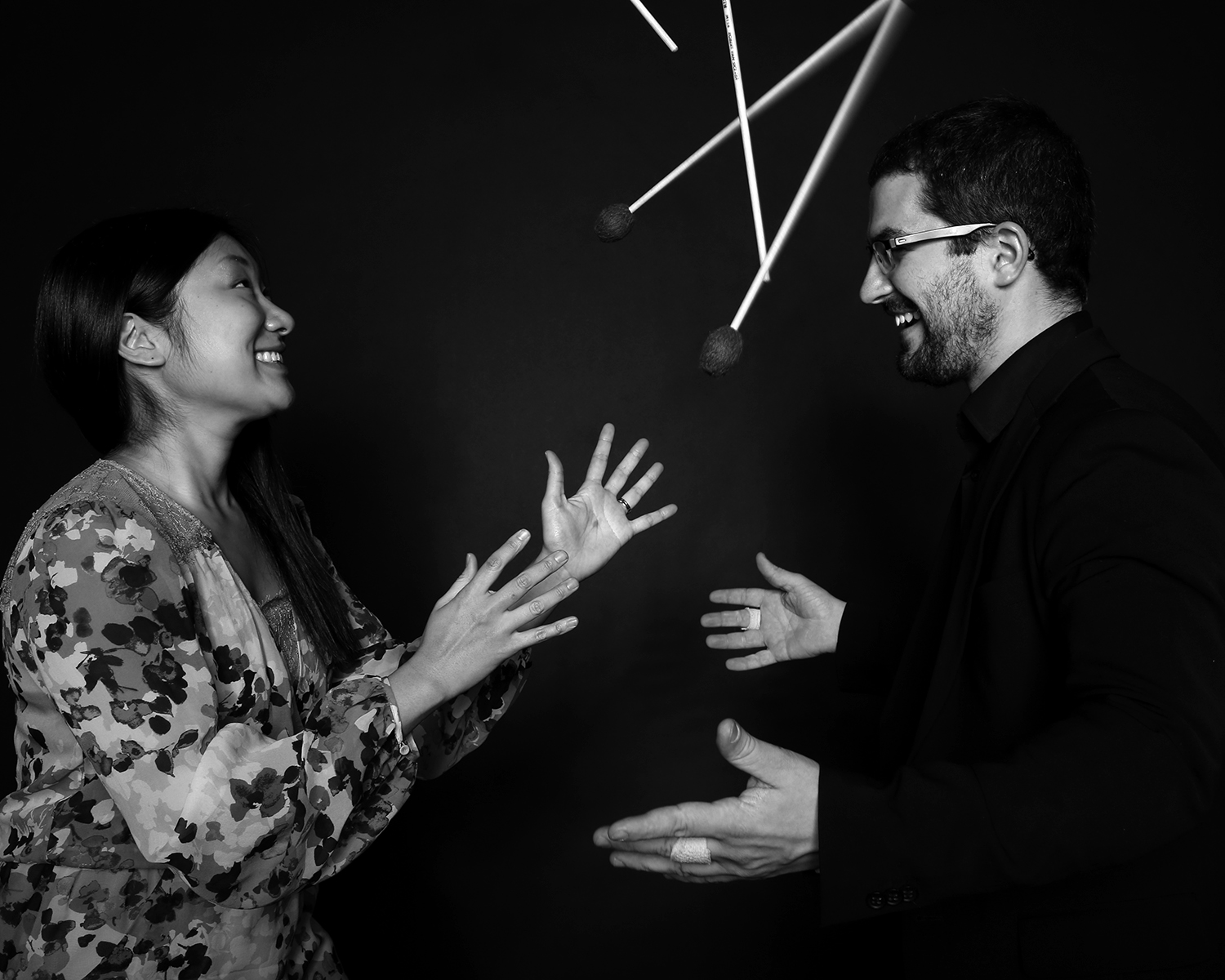 Aspiring to expand the genre of percussion chamber music through performance and creative collaboration, arx duo has blazed a trail in contemporary music since its inception at the Yale School of Music in 2014. The duo has taught and performed across three continents.

Early in the 2017/18 season, arx duo premiered Dominic Murcott’s Harmonic Canon at the Huddersfield Contemporary Music Festival in UK This summer, they will perform as the Ensemble in Residence at Artosphere Music Festival in Fayetteville, Arkansas. They continually perform recitals and collaborative concerts throughout the US. As members of The Percussion Collective Robert van Sice, now in its opening season, they will premiere Garth Neustadter’s Seaborne this year, and present concerts and master classes at universities.

With a repertoire ranging from established masters to today’s newest compositional voices, arx duo has worked closely with composers such as Alejandro Viñao, James Wood, and Ted Hearne. Mari and Garrett have served as artists in residence at Michigan State University and Lake George Music Festival, and currently are Faculty at the Young Artist Summer Program at Curtis Summerfest. Always seeking opportunities to bring percussion to new audiences, the group has given concerts, workshops, and master classes at universities and conservatories in the United States, Europe, and Asia.

The name “arx duo” comes from the artists’ desire to forge new connections and artistic pathways or “arcs” within the genre, expanding the opportunities for their music to reach new audiences. The group is currently based in Seattle, building a community its and traveling to bring music everywhere.